A survivor or domestic violence speaks about her journey to understand the impact intimate partner violence has had on her life—she unravels the impact of her community, her family and the vital role community members and DAIP can have in the journey for safety. 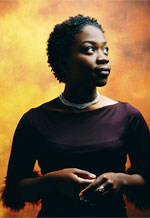 I knew my marriage was in trouble, I knew we were fighting a lot. I did not know it was abuse, but I did know that as his anger became focused on our children – I had to go.

It was 1986. It’s hard to imagine living in the country with no car, no phone. Yet that was my reality. I put my 2 youngest children in the buggy and with my 6 and 8 year old beside me, walked to the nearest neighbor’s house and asked to use her phone. I called my sister collect. We lived more than 300 miles apart. I told her we had to leave. She told me to go home and pack and her husband, my brother-in-law, would be at my house with a truck in the morning.

I could never have imagined the kind of change that would happen in my life and lives of my children. My sisters worked together to get a place for me to move into. Within 72 hours of my phone call I was pulling into Duluth, Minnesota. Two of my sisters were there to help me unpack. They told me I needed to go to women’s group. I had no desire to go, but they told me the group would provide transportation and childcare …

The rest is herstory. The DAIP women’s educational groups, along with the Power and Control Wheel, changed my life. I absorbed like a sponge. I became fast friends with women from all walks of life with one thing in common: the man that said he loved us, also beat us.

I volunteered with DAIP. I began by mailing out materials that had been created through DAIP. I would read everything. I went to trainings. I began facilitating women’s educational group using the curriculum “In Our Best Interest” (also created by DAIP). Facilitating women’s group continued to teach me more with every woman’s story, understanding how our lives have been defined through the patriarchy. Now we had a new language, one in which honoring and loving women could be the dominant force in our lives.

Everything changed. I owe much to DAIP for creating an environment in which battered women become the experts of their lives.

It is no longer 1986. It is 2010 and my work for and dedication to DAIP continues to uphold the voices and experiences of battered women as our directive and to complete what is yet to be done: ending male-dominated violence and power and control over women personally, institutionally and culturally.